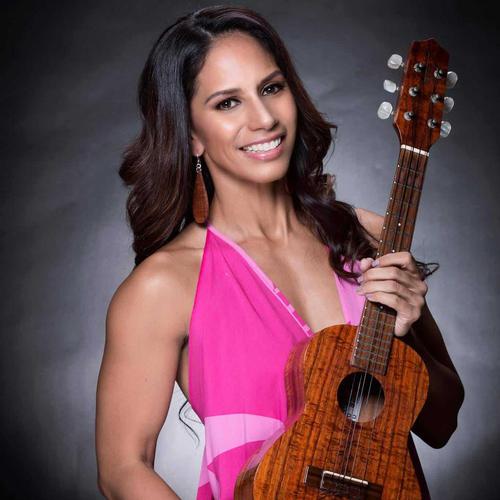 Talks covered by this speaker

Connecting With The Past

A sound piece of the past seems to haunt the everyoneʻs soul as they listen to the voice of a woman that resembles a beloved Genoa Keawe, who she affectionately refers to as “Tutu.” As a young girl, Pōmaikaʻi was able to learn and develop the unique style of “haʻi” that her Tutu (grandmother) mastered and performed throughout Hawaiʻi and many parts of the world. Now, many of those who enjoy listening to Genoa Keaweʻs music are pleased to hear that Pōmaikaʻi has accepted the honor and kuleana of carrying on this musical tradition and legacy.

Pōmaikaʻi has performed both locally and abroad, including places like the Mediterranean, Japan, and Taiwan. She donates much of her time and talent to non-profit organizations, especially those that service Native Hawaiian youth. She directed ʻAha Mele o Hoʻomau Oʻahu, a benefit concert that supported Hawaiian Language immersion education. Her passion for Hawaiian Language stems from the example of her Tutu, who was an avid supporter of the movement to restore and perpetuate Hawaiian culture and traditions.

After a 20-year run of the Keawe ʻOhana (Gary Aiko, Momi Kahawaiolaʻa, and Alan Akaka) at the Waikiki Beach Marriott’s Moana Terrace every Thursday evening, Pōmaikaʻi chose to step away in order to more fully pursue personal career goals in music and education. She is a featured artist on several other artist albums, and has been working on recording her own with plans to release something in the near future.

Your logo could go here!

If you'd like to get your brand in front of Attendees following the categories this speaker is talking about (on this page, via email and during each talk) contact us.

This website (and some of its third-party tools) use cookies. These are important as they allow us to deliver an exceptional experience whilst browsing the site.

By clicking 'Accept', you agree to the use of cookies.